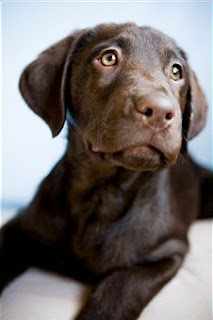 Recently, there has been considerable discussion about influenza, particularly H1N1 (swine flu) and whether it can be transmitted to pets, and H3N8, the canine-specific version of influenza, commonly called “dog flu”.

There is a possibility that the H1N1 (Swine Flu) virus can be transmitted from people to pets.  At this time, there are only several confirmed cases.  However, if H1N1 is diagnosed in a household, the pet should be isolated from the affected family members.

Canine influenza is different than H1N1 and is a highly contagious respiratory infection of dogs caused by a novel influenza (H3N8) virus that was first discovered in 2004.  In May, 2008 a vaccine was introduced to protect dogs against this respiratory virus.

Vaccines are tested for their effectiveness by the USDA.  In this case, the license is  conditional. This means that based on data submitted to the USDA, a reasonable expectation of efficacy is supported.  However, regular licensing will not be awarded until some time later this year. During this time, the vaccine’s effectiveness and side effects will be evaluated.  The data provided to the USDA was provided by tests funded by the manufacturer.

It is difficult to diagnose this infection because the most common tests are not accurate after the dog stops shedding the virus.  This usually occurs before there are symptoms of the disease and before a veterinarian sees the animal as a patient. Canine Influenza Virus (CIV) cannot be easily distinguished from other causes of respiratory disease in dogs.  Other infectious agents cause similar signs.  Some of the common symptoms are coughing, sneezing, fever, loss of appetite, lethargy, nasal and ocular discharge.

Based on the difficulty in differentiating this disease entity from other bacterial and viral causes of respiratory disease and in consideration of the fact that it is usually a mild disease, I recommend the following:

If a dog is in a communal housing environment with other dogs such as shelters, boarding kennels, pet shops and breeding kennels, vaccination could be beneficial.

When adopting a pet, isolate it from other pets for 10 days to reduce the risk of spreading any of the pathogens that cause respiratory disease.

Canine influenza has been documented in 30 states and the District of Columbia. The canine influenza virus (CIV) is prevalent in many communities in Colorado, Florida and New York.  At this time, we should be guarded but not  overly reactive to the threat of Canine Influenza Virus.

This vaccine is not required for household pets with little risk of exposure.   The infection is usually mild and self limiting.  The most common signs are dry or moist cough which are not helped by antibiotics or cough suppressants.

Most dogs recover within 2 weeks without any further health complications. However, some dogs progress to pneumonia, which is usually due to secondary bacterial infections. While the overall mortality rate for canine influenza is low, the secondary pneumonia can be life‐threatening. There is no evidence for age or breed susceptibility for developing pneumonia.

At this time, the Canine Influenza Vaccination should be considered a “lifestyle” vaccination.  Check with your health care provider to keep abreast of any changes in the prevalence of this disease in our geographic area.